Friday,
Audri & I woke up rather late but thankfully the hotel staff didn't mind, and didn't change us for a late check out! Prob because the room was so freaking cold that when we asked how to turn up the heat they said we cant they will bring up a space heater. Which they did, 30 mins later. Mind you this isn't at like 6pm, where they could be busy it was 11:30pm and there was plenty people on staff. After about 10 mins the stupid thing just stops working, didn't over heat just stopped blowing hot air! so we call down again, another 30 mins they bring up a space heater which thankfully lasted all night. After we left the hotel we grabbed some lunch at moxi's which gave audri food poisoning. We checked in at the next hotel, where she had to relax for awhile but I got to at least see Ryan. I met Ryan when he was 15, and I've watched him grow and turn into the 23 yr old man he is. Ive seen the struggles he's had, and ill always be there for him! Friday night we went out to my fav bar in London, The richmond. I wanted to go to The Office to see Legwagon play but the set closed like 20 mins before I go there! So I settled for Beamer Skate Park. 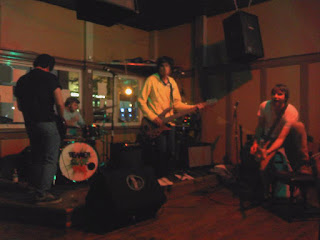 After we left The Richmond we hit a hip hop club. I fell in LOVE the music was great, the dancing so much fun. The vibe was really good to usually people are bitchy at hiphop clubs everyone was so chill, but thats london! I've never been to a town more friendly! When we got back to the hotel this is the kind of fun I had! 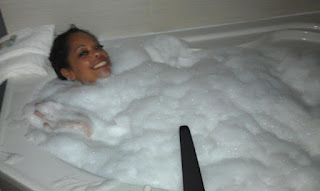 Saturday,
We left london around noon and got home a little more the 4 hours later. When I got home I was in full out shop mode, I bought 2 pairs of pants 1 dress one pair of pink skinny jeans <3 them!!, 1 sweater, 2 sweater coats, 3 bras, 1 t shirt, and a fall jacket all for $200! bargin shopping right hurr! I took a nap after all that shopping then when I got up Farmer was finally off work and he came over. We spent the rest of the night watching scrubs untill 4am. Sunday, I was starving when I woke up,a nd due to lack of food to eat, I went to subway. Which is downtown, and lead to more shopping! I spent the rest of sunday watching scrubs, and checking out new blogs, when I found "this cool link up". Figure it was a great way for my follows to get to really know me!
Posted by itsmekt at 10/15/2012 11:56:00 AM